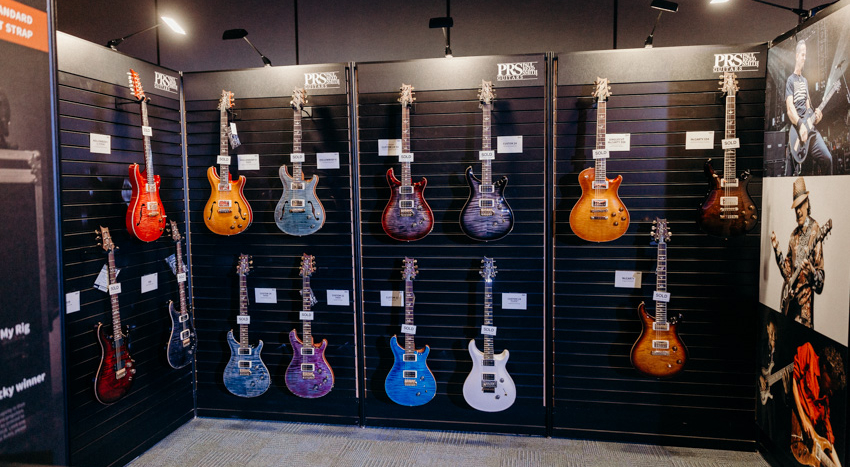 NAMM Show 2018 is behind us, but the echoes of greatest is still heard. PRS Guitars once more, decided to grace us with their presence and present their products. Take a look on how PRS Guitars zone appeared…

PRS Guitars not only provided full range of their products. They brought us lot of other entertaining things, like endorser performances and Paul Reed Smith show.

Getting back to products, producer showed us whole mass of guitars, starting from Custom models:

and finishing on amplifiers:

But the Private Stock guitars have taken the most attention. As always there was a place for most expensive and beautiful constructions of PRS Guitars.