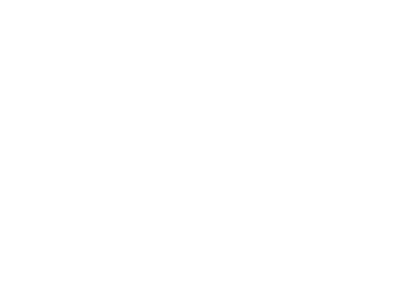 Parker Guitars began in 1993 as the vision of pioneering luthier, Ken Parker and it is with that same vision that Parker forges on with in the 21st century. Parker’s understanding of hardwoods and the physical forces involved in guitar playing has been combined with exhaustive research on modern composites, fibers, and acoustic technology to create a new kind of instrument altogether. A guitar with the magic soulfulness of wood, optimized to respond unlike any other guitar in the world to the vibrations of steel, bronze, or nylon strings.

With Parker Fly guitars, the first thing you notice is how they look. A little weird. Strangely geometric. With parallel horns that stretch up like arms that want to play you right back. And they do. MaxxFly guitars, while slightly more traditional in look, elicit a similar fundamental reaction. The moment you pick up a Parker guitar, you’ll feel its sculpted recesses embrace your torso while its featherweight body gives you effortless access to every note. And when we say “every note”, we mean every note – from visceral, in-your-face electric tones to warm, juicy acoustic harmonies. They’re all here, in one guitar. The entire spectrum of jaw-dropping, impassioned sounds, just waiting to be transformed into music. Your music. One moment you’re playing blistering electric grind. The next – thick, meaty, strum-heavy acoustic. And the next, the two voices are wailing simultaneously, crunching notes that were in your head before you even knew how to spell the word riff. What is this beast? It doesn’t look like any other guitar ever made. It doesn’t feel like any other guitar ever made. And there’s no guitar – period – that can turn sound into seduction like a Parker guitar.

The story of a guitar’s tone is a tale of motion. Body and strings vibrate and dance in unison to create sound. The Parker story begins with our responsive, vibrant guitars. Our two pickup systems come together to expand the sonic message.
Parker’s dual pickup systems work together to deliver electric, acoustic, or a mix of the two sounds. Magnetic pickups produce powerful electric guitar tones while our GraphTech Ghost® piezo pickups, designed specifically for Parker, sense each string individually, providing the lush, complex tones of an acoustic guitar.
The two systems are blended by a stereo preamp that allows you to mix the volumes and tones on-board. A “smart” switching jack senses stereo or mono cable and routes the signals accordingly. The end of the story is what you hear when you play a Parker guitar. We’ve created the most flexible expressive guitar available, with qualities every player will love.

You can’t make an exceptional instrument from indifferent sounding materials which is why wood, the original miracle fiber, is at the heart of every Parker guitar. We marry the magic soulfulness of wood with rock-solid modern fibers. The thin skin of carbon and glass fibers bond to the wooden guitar becoming a new kind of material, optimized to respond to the vibrations of the guitar’s strings.
You can’t make exceptional guitars without exceptional guitar-makers. At the Parker shop, skilled artisans design, create and apply specialized tools to complete each demanding step along the line. Every handcrafted instrument embodies their skill and care.
The point at which a guitar neck meets the body is the Bermuda Triangle of sound. Not only is it where vibrations traditionally disconnect as one material meets another, it’s also the point where alignment goes haywire due to the sheer physical stress. Ken Parker solved all of that with our revolutionary, multi-fingered neck joint. A marvel of physics, it contributes to the evenness of the sound and it resists the inevitable warping that sends all other guitars out of tune. The patented construction results in an amazingly responsive, lively, and incredibly stable guitar with even tonal response and feel.